Falcon F5K took everything the best from the Falcon F3K version and turned it into an electric-powered model. It’s designed to fit four KST X06 servos and a Vladimir models power set, but pilots can also use the other similar electronics.

The model is very similar to an F3K version and shares the exact same wing and tailplane. The fuselage is slightly modified with a shorter nose and tailplane pilon mounted on the top side of the boom. The fin is also modified to get a more conventional shape used in the bigger F3J and F5K models.

There is also an opportunity to ballast up the model by inserting the additional weights into the supplied ballast tube.

Be the first to review “Falcon F5K” Cancel reply 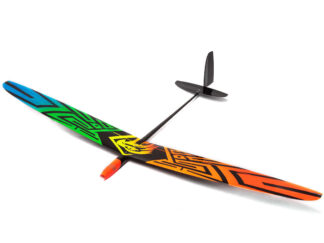