KEEP SHIPPING INTERNATIONALLY AS OF MAY 2022 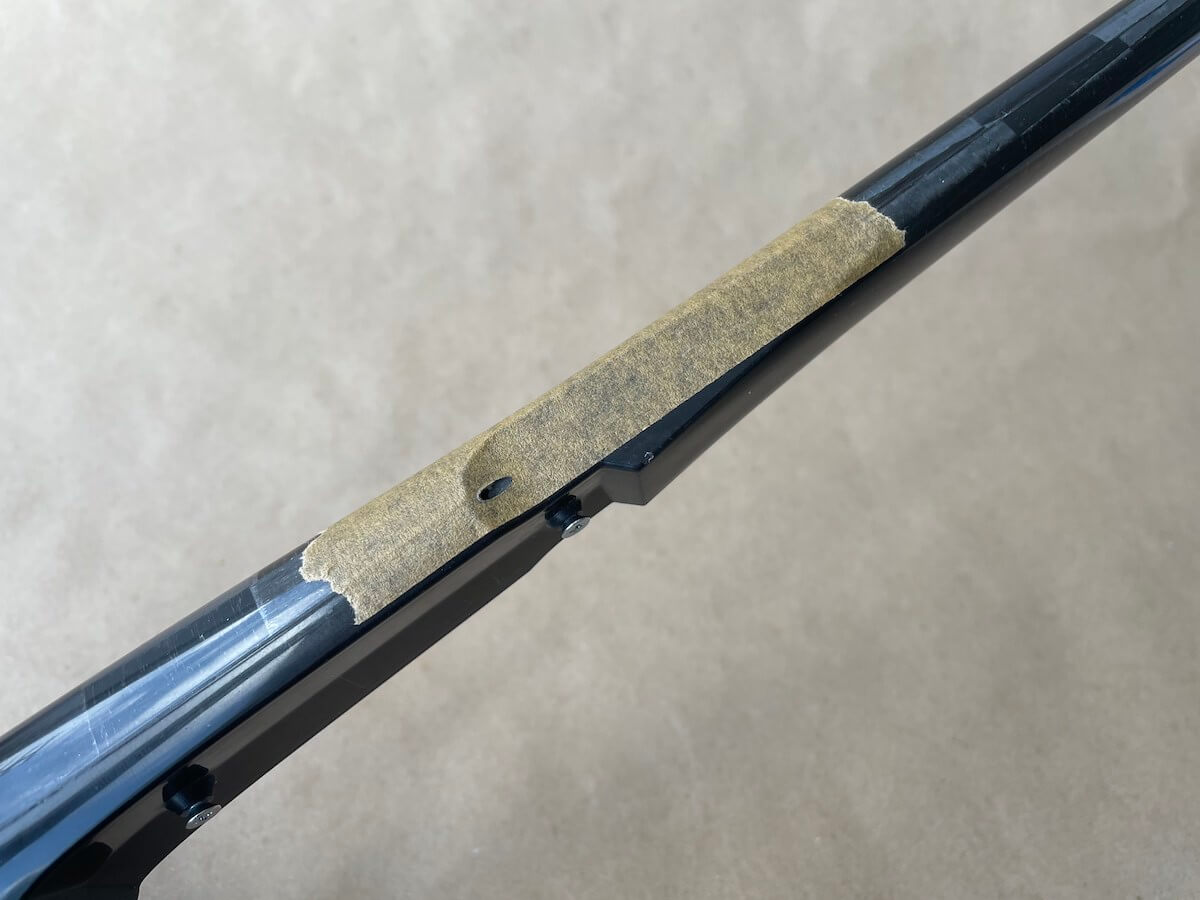 Get A Pre-Build DLG 😉

Lacking time to build your DLG?

Delegate it to us!

Order a model with the pre-installed servos, torsion springs, pull strings, and pushrods. Even battery, per your request.

Experienced pilots often go with this option, to maximize their air time.

Falcon F3K, Falcon F5K, Iago, and Hawk are all available in ARF versions, so check them out!

Use A Masking Tape While Building

To prevent that, simply take a strip of masking tape and apply it before moving along with your build. Use it on and around the areas that you plan to drill, cut or glue.

In addition to making mechanical protection, you can make marks on the masking tape with a pencil or a pan instead of putting your marks on the glossy surface of your model.

Drill or cut straight through the tape, trip the openings/cuts and remove the tape when everything is done.

Masking tape could come in handy while gluing your control horns as well.

Wrap the area around your skin opening leaving a small gap (<1mm) to the cutout first. Then, apply your favourite glue, whether it will be an epoxy or CA, and install the control horn.

Remove the tape, while the epoxy is still curing to get a smooth and accurate rounding to support the sides of the control horn.

Additionally, all the unnecessary drops of glue will likely stay on the tape and not on the glossy DLG skin.

Simple as a piece of cake and doesn’t cost a dime.

Guide Pull Wires With A Tube

This cool trick I learned the hard way and would like you to avoid my mistakes in the future.

As you all know, most of the modern DLG models are using pull wires and torsion springs for driving the tail control surfaces.

This method makes the tail of the glider light, and considering the servos are precise, makes the steering incredibly fine by eliminating any possible play on the tail surfaces.

Just to make it straight, you won’t need this while building a rudderless DLG, as you will have only one pull wire inside the boom.

For models, which feature both rudder and elevator and the pull strings inside the tail boom, it’s easy to twist the pull wires one around the other. In this case, steering of the one control surface, say a rudder may interfere with the steering of an elevator, and vice versa.

As being said, messed-up steering of your tails is not what you would like to have on the RC glider.

To avoid pulling wires twisting, there is a simple trick.

Once you have one of the wires installed and pulled through the boom, say rudder goes first, pull it and fix it with a masking tape, or attach straight to the servo horn. Considering the force from the torsion spring, it will make the first wire go straight inside the boom.

Next, slide a long stiff hollow tube all the way through the pod and boom, right to the elevator horn opening. Once done, just slide the second wire inside the tube and remove the last.

This way your pull wires will sit nice and straight inside the boom of your DLG.

F3K models usually have tiny rounded pods where the servos should be mounted.

Sometimes, this may create an issue when the servo horn will scrab the side of the fuselage pod, or a nose cone, or a hatch.

However, if you did notice that your servo horns scrab the fuse, KST has got you covered.

It can be mounted “upside-down” compared to the regular horn and give you a few millimeters gap that you may need for your build.

So all you need to do is cut the unneeded parts of the flipped horn, install it in place, and go flying.

It’s as easy as that.

De-Case A Servo For An Optimum Fit

Most DLGs feature an extremely aerodynamic shape of the fuse to reduce the trad as much as possible.

Sometimes this requires some construction compromises to maximize the launch performance and interior space.

This 1-meter glider has a thin wing airfoil and narrow fuselage that helps to get up to 50+ meter launches.

Additionally, that helps with the upwind penetration.

However, a tiny fuselage needs to fit 4 (or 3 for rudderless) servos inside.

Due to the lack of space, the best servo choice would be Dymond’s D47.

But some pilots still go with some alternatives, like Emax ES9051 removing the bottom part of the casing and cutting their servo cost by half.

This way you can go beyond the recommendations and fit in the greatly valued digital servos instead of the robust but analog substitute.

Have Some Other DLG Build Tips?